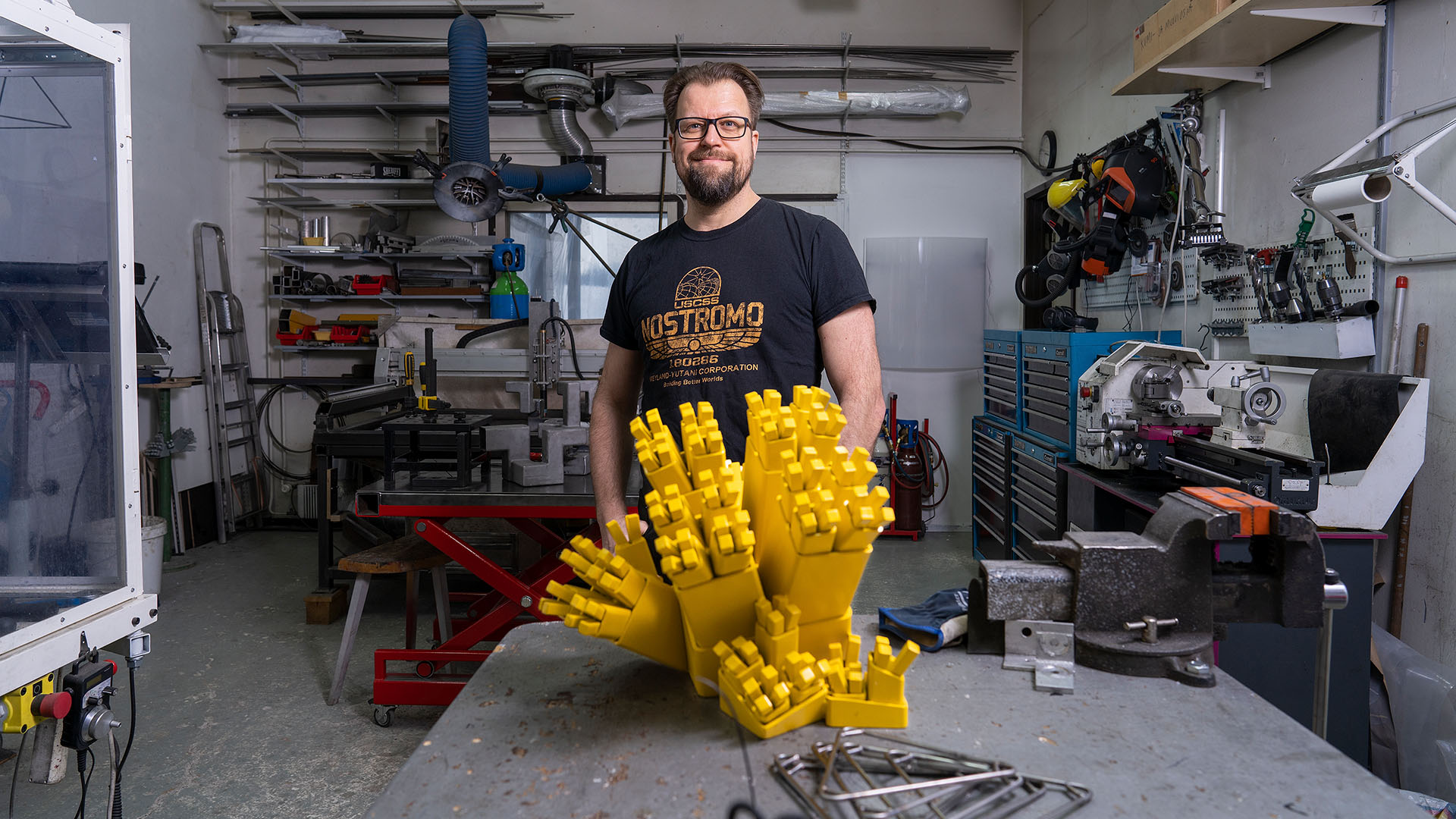 Antti Immonen is a sculptor from Kuopio who graduated as a visual artist from Kankaanpää Art School in 1997. Immonen’s artworks are carefully handcrafted, often from small components. The works of art embody the artist’s interest in natural sciences and science fiction as well as the relationship between nature, humans and technology. The principal materials for his works are steel, wood, bolts and nuts.

“I strive to create sculptures that are not static blocks but something freer. I want my sculptures to be clear objects but not visually static; rather, I wish them to manifest baroquely vigour and complexity.”

“My works of art are not observations of nature, but images of naturalistic thinking which regards everything in this world as nature.”

The M_itä? Biennale of Contemporary Art showcases a series of works called Signals from Singularity. The idea behind the series is to study through works of art the thought that what if a future scenario was not a dystopia but a utopia of which small material specimens have reached us in present day. The artworks are fragments so to speak of a future utopia, incomprehensible objects transported to today’s world. The North Savo Regional Fund of the Finnish Cultural Foundation has funded the realisation of the work of art.